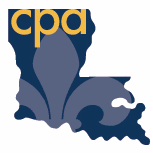 The Louisiana State Board of CPAs is requiring all licensed CPAs in the State of Louisiana to obtain 3 hours of CPE in the field of professional ethics during the year 2020.  This course has been approved by the State Board, and covers not only the AICPA Code of Professional Conduct, but also rules specific to Louisiana CPAs.  This course emphasizes the rules and interpretations that are specific to members in public practice  The authors and presenters have over 50 years combined experience as Louisiana CPAs, and have served in multiple roles related to professional ethics for both the AICPA and the LCPA.

J. Michael Inzina, CPA, CGFM, CGMA is founder and chief executive officer of Audit Litigation Training and Efficiency Consulting, Inc. (ALTEC), a consulting company serving public accounting firms and other accounting and auditing organizations on matters of audit efficiency, continuing education, litigation and ethics.  He has 40 years of public accounting experience, and remains a partner in the firm of Stagni & Company, LLC, whose practice is concentrated in government and nonprofits organizations.  Mike holds a BBA in accounting from the University of Louisiana (Monroe), where he graduated summa cum laude in May 1976.  He is a member of the American Institute of CPAs, Society of Louisiana CPAs, Government Finance Officers Association of Louisiana, and the Association of Government Accountants.  Mike earned the CEA in governmental in 1990, was awarded the Certified Government Financial Manager (CGFM) designation in 1996, and the Chartered Global Management Accountant (CGMA) designation in 2012.  He is a past chapter president and member of the Society of Louisiana CPAs Board of Directors and served two terms as chairman of the Governmental Positive Enforcement Program of the Louisiana State Board of CPAs.  He has served on a number of committees of the Society of Louisiana CPAs, and currently serves on its Ethics Committee.  Mike also served on the GASB Service Efforts and Accomplishments Task Force.

Mike has twice been a member of the AICPA Professional Ethics Executive Committee (1989-1992 and 2000-2003), and served on the Auditing Standards Board from 1997 to 2000.  From 1986 to 1993, he also served as a member of AICPA Independence and Behavioral Standards Subcommittee, and as Subgroup Chairman of the Governmental Technical Standards Committee.  During this time he conducted numerous investigations of complaints filed by federal, state and local agencies alleging substandard performance of audits of governmental and nonprofit entities, and represented the Professional Ethics Division at hearings of the Joint Regional Trial Board.

He contributed to the Implementation Guide for GASB Statement 34, AICPA Statement of Position 98-3, Audits of States, Local Governments and Not-for-Profit Organizations Receiving Federal Awards, revisions to the AICPA Audit and Accounting Guide, Audits of State and Local Governmental Units, the AICPA Practice Aid Fraud Detection in a GAAS Audit, revisions to the Louisiana Governmental Audit Guide and in drafting state legislation affecting governmental accounting and auditing requirements. He has served as technical consultant and instructor for the Louisiana Division of Administration (Office of Community Development) and as consultant to the Louisiana Department of Education.  Mike frequently appears as moderator and panelist on the Accountants’ CPE Network. (ACPEN).

Mike has been named twelve times as an Outstanding Instructor by the American Institute of CPAs and several state societies, and received a Special Recognition Award from the Society of Louisiana CPAs Board of Directors for his contributions to continuing education in 1994. In addition, he was awarded the 2001 National Education and Training Award from the Association of Government Accountants and in 2009 was named national Beta Alpha Psi Business Information Professional of the Year. In 2016 he received the Distinguished Service Award from the Society of Louisiana CPAs.

Kurt G. Oestriecher, CPA is a partner with Oestriecher & Company, CPAs in Alexandria, Louisiana, where is currently Partner in charge of Accounting and Auditing.  Kurt joined the firm in 1986 after graduating from the University of Louisiana – Monroe, cum laude.  He is a member of the AICPA and LCPA.  He has served on the AICPA Accounting and Review Services Committee and has served two terms on AICPA Council, once as Louisiana’s designated member, and once as an elected member.  He also served a six year term on the AICPA Joint Trial Board. Kurt was elected President of the LCPA from 2002-2003 and has served on a number of LCPA committees.  He is currently serving as chair of the LCPA Professional Ethics Committee.

Kurt has authored several CPE publications, including the AICPA Annual Update for Accountant’s and Auditors, Professional Ethics for Oklahoma CPAs, SSARS Engagements, and Identifying and Reporting Control Deficiencies under AICPA Auditing Standards.  He has been named the Outstanding Discussion Leader by the LCPA three times, and has been awarded the AICPA Outstanding Discussion Leader of the Year every year from 2006 – 2016.

Complaint Resolution Policy Please contact Anne Taylor for any complaints. anne.taylor@acpen.com, (972-377-8199).
Official Registry Statement Business Professionals' Network, Inc. is registered with the National Association of State Boards of Accountancy (NASBA) as a sponsor of continuing professional education on the National Registry of CPE Sponsors. State boards of accountancy have final authority on the acceptance of individual courses for CPE credit. Complaints regarding registered sponsors may be submitted to the National Registry of CPE Sponsors through its website: www.nasbaregistry.org
Instructional Delivery Method Group Internet Based
Course Registration Requirements Online Registration
Refund/Cancellation Policy Please contact the ACPEN help desk 1-877-602-9877 or help@acpen.com if you wish to cancel your attendance for a previously purchased webcast and are requesting a refund or transfer.